Living off digital revenues is every news outlet’s dream. Last week The New York Times revealed the dream had become a reality for them. The prominent newspaper announced its 2018 financials, disclosing that 40% of its total revenue comes from digital sources. This is good news, a story of success after the January layoffs that agitated the media industry in the US. Now, the question is whether other news outlets can adopt its model. 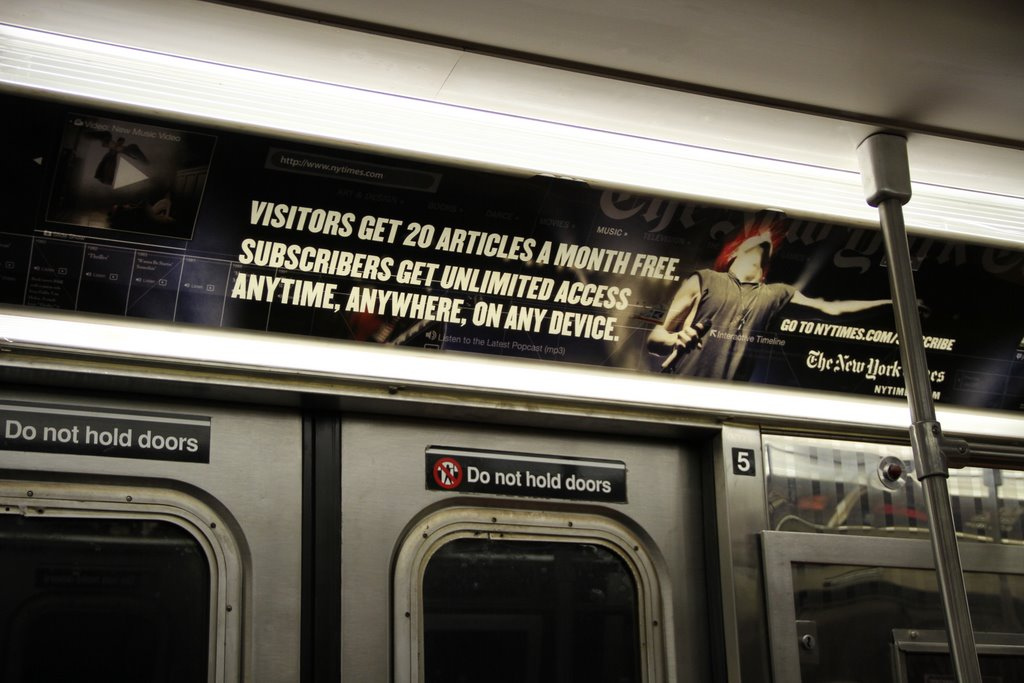 As Joshua Benton argues on the Nieman Lab’s publication, all newspapers’ goal is to have sufficient money coming from digital to cover the cost of the newsroom. The New York Times has done that: right now, it could cover the cost of two newsrooms. The digital revenues have made sure the Times’s newsroom keeps growing: at the moment, the newspaper employs 1,600 journalists.

But while The New York Times enjoys the benefits of financial security in the digital age, other news outlets are not as lucky. According to Pew Research, at least 36% of the largest newspapers in the US experienced layoffs between 2017 and 2018. Weekday circulation of US newspapers fell 17% and ad revenue more than 50% between 2005 and 2015. Local journalism is disappearing, or constantly struggling to survive In 2017, the local digital news-site in New York City, DNAinfo, was shut down. In 2016, The Tampa Tribune in Florida closed. In 2015, it was the turn of Tonawanda News in New York state and The Daily News in Pennsylvania. These are just a few examples.

Then, what is The New York Times doing right? First of all, the paper was already a world news leader well before the digital revolution. Its readership was not enclosed in a small community, as local news outlets. The NYT’s audience includes the whole US nation as well as other international readers. Its stories matter to both New Yorkers, Texans, French, Spanish, and Germans. That is why the number of international subscribers to the NYT keeps increasing—16% of the total number of subscribers live outside the US.

Second, The New York Times has always prioritized quality journalism over quantity of pieces published. With a digital-first strategy, the Times publishes its articles first on the web, and then a selected few go on the print edition. Third, the Times has taken advantage of multiple forms of journalism apart from the written word. Right now, it owns a podcast (The Daily), a soon to be released video segment (The Weekly), dozens of newsletters, Sunday supplements and other digital products.

On the contrary, local journals have not been able to adapt themselves. The lack of funds, the competition with social media, and the rise of globalization (fewer people read local news and more read national) have put them under duress. Now, seeing that at least The New York Times has been able to survive and take advantage of the digital era, they should look at the news outlet for guidance.

Two main ideas to be implemented in local news come to mind: subscriptions (focus on the reader) and quality journalism.