Universal Music Group is up for grabs, and the tech platforms are interested. The French media empire Vivendi wants to sell half of it to the highest bidder. When the world’s largest music company is for sale, that bidder might just be Google.

The music industry has vastly changed in the last twenty years. In the late ‘90s and early ‘00s, the music industry declined: the birth of peer-to-peer exchange platforms like Napster gave access to music to consumers without having to buy CDs. When Napster went down for copyright lawsuits, YouTube rose. YouTube, a platform to share homemade videos, quickly became viral. Two years after the platform’s launch, Google bought it and started profiting from it through advertising. Today, music platforms such as Apple Music and Spotify offer infinite musical options for a small fee. Paid content is back. In less than two decades, the music industry went from an “ownership” model, in which users bought the physical product, to a subscriber-based “rental” model.

Still, millions of users watch and listen to free content. YouTube is the largest music streaming platform in the world. Consumers watch over one billion hours of YouTube content per day, and 98% of American Internet users visit the site. What’s more, around 1.6 billion users play free music every month on the platform. But despite its reach, YouTube barely pays royalties—money paid per stream to composers—to song owners.

For that reason, YouTube needs a change of plans. On the one hand, users are getting used to paying for content. On the other, record labels and artists are tired of YouTube’s global power and are supporting stricter legislation that would likely hurt YouTube’s free market. 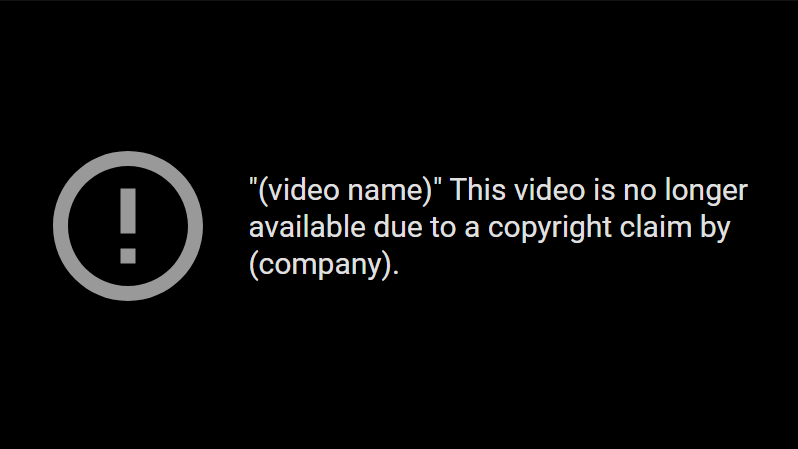 In the European Union, lawmakers proposed the Directive on Copyright in the Digital Single Market. The directive requires digital platforms to be responsible for copyrighted material shared on their websites. The most contentious part of the directive, Article 13, states that online sharing services will make sure they take down any content that infringes on copyright and will be held legally responsible in front of the copyright owners if they fail to do so. The Directive is set to be approved by the end of March. When it is, YouTube will be quite busy deleting music videos throughout its platform, unless its tech parent finds a way to circumvent that legislation.

In contrast with Europe, the United States Digital Millennium Copyright Act (DMCA) from 1998 states that internet platforms are not liable for copyright infringement by their users. This law allowed YouTube and other digital platforms such as Facebook to flourish. However, the DMCA also authorized companies to request YouTube to take down content if it infringed on copyright. This meant record labels had to monitor the platform 24/7 searching for videos that used their music. Now, it shouldn’t come as a surprise that record labels believe harder laws should be passed in the US as well.

In this midst of law and custom changes, Google might just prefer to avoid the hustle of increased responsibility. By buying Universal Music Group, the tech company will own the rights of thousands of music videos on its platform and perhaps, due to its gargantuan traffic, other copyright owners will rather have their videos watched on YouTube that not watched at all. What is clear is that platforms are becoming increasingly responsible for the content shared on them. Therefore, it is no surprise that tech companies are showing an increased interest in owning content creation as well as distribution. If Google does not buy Universal, YouTube will certainly have to change its strategy when Article 13 of the EU Copyright Directive becomes law.

One thought on “In music, content ownership can overthrow distribution”