The US economy is growing, companies are hiring, and the unemployment rate is the lowest since 1969—a meager 3.6%. It’s a party for almost everyone, except for journalists. In the first half of 2019, nearly 3,000 people were let go from newsrooms all over the country, traditional and digital media alike. The scarcity of revenues, the death of local journalism, and the rise of social media are leading the news subset of media industry into its own recession.

Ten years ago, in 2009, newsrooms were in complete crisis, like the rest of the country. During the first five months of the year, 7,900 jobs were cut, reports Gerry Smith for Bloomberg. Most industries felt the financial crisis and media outlets suffered. Since then, the news for news media has not changed—journalism is still in crisis. According to Pew Research Center, newsroom jobs fell 23% from 2008 to 2017, which means a loss of 27,000 jobs in nine years—from 114,000 employees in 2008 to 88,000 to 2017. 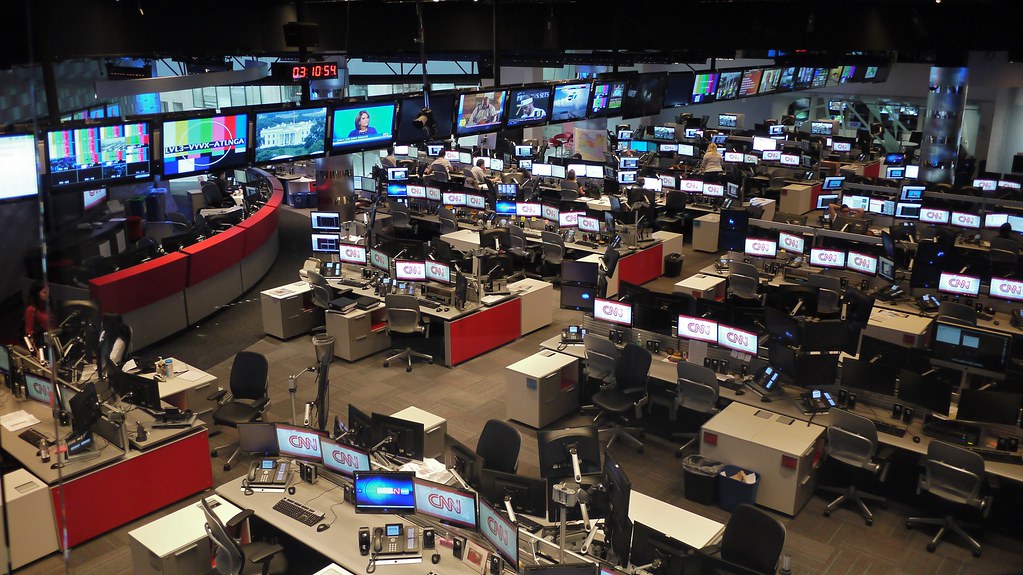 After the economic recession, native digital outlets brought a beacon of hope. They were employing journalists and engineers, but mostly they cared about virality. Companies like Buzzfeed and Vice Media were revolutionizing the industry. They started with viral material, from videos to quizzes to popsicles. They got millions of eyeballs for low-quality cheap content, and the brands rewarded them with ad dollars. The key to their success was that they knew how to ride social media giants, building their model on Facebook, Google, Snapchat and Twitter. Unlike traditional outlets, they were not afraid of them. On the contrary, they relished in them. Soon after, they got in the hard news business. They reported and became more serious, more focused, more traditional. But they still heavily relied on social media.

Things soon changed. On January 2019, Buzzfeed laid off 200 people; on February, Vice Media cut 250 jobs. The layoffs did not end there. Verizon, which owns Yahoo, AOL and HuffPost, decreased 7% of its staff—800 people;—the newspaper company Gannet fired around 400 employees; over at CNN, 100 employees have taken buyouts; the New Orleans Times-Picayune fired all its staff (161); New York Magazine cut 31 jobs; and so on. Journalism layoffs have not been this high since the economic recession from the late 2000s.

The reasons are multiple. First, news outlets have had a hard time rethinking their business model as print sales keep decreasing. When they first went online, they got their revenues from digital ads. They needed eyeballs, which meant, on many occasions, “providing what sold.” As a consequence, the quality of the content suffered. Some outlets, like The New York Times, reacted by putting up paywalls. By capitalizing these other revenue sources they were able to take better care of the quality of their content. Now, almost no outlet can live off digital advertising revenues, which makes it harder to produce enough income to sustain a full newsroom. Moreover, paywalls are not an option for all, as readers are not willing to pay for dozens of news subscriptions.

Second, local journalism is dying. Since 2004, 20% of local newspapers have either disappeared or consolidated. For example, DNAinfo in New York or the Cincinnati Post closed. On the one hand, local outlets have found it more challenging to compete with online content and adapt than more prominent outlets. On the other, readers are less likely to pay for local news, when they can get informed through social media or, if it is a national story, via the Times or the Post. Since Trump, news and politics in the United States have become national with more people caring about what goes on in Washington D.C. than what happens in their hometowns. But the lack of local papers implies there’s no accountability for local politicians or companies; there’s no watchdog to keep them honest; no one to strengthen communities. And, sadly, there are no jobs for journalists. Hundreds have been fired from local newsrooms.

Third, and most importantly, social media, once a blessing for journalism, now has become somewhat of a nightmare in terms of revenues. As media consumption habits changed, readers turned to social media for information—last year, 68% of adults in the United States got some of their news through social media. News outlets decided to follow the reader, which meant Facebook got the advertising dollars, while they begged for the crumbs. A PwC report revealed that digital advertising worldwide had $190 billion in earnings in 2016. Two years later, overall digital advertising revenues increased by 16.8%, and with it, social media ad spending went up by 42%. It sounds good, but it’s not. Google and Facebook accounted for 63% of US overall digital advertising in 2017. Digital outlets produced content, generated traffic within social media and tried to redirect readers to their homepages; but failed at getting the returns from their efforts (read our previous post Digital advertising is not enough to keep digital news outlets afloat.) Native digital companies like Buzzfeed and Vice Media suffered the most, as their business model relied heavily on those ad dollars. When the new year came, their solution was to reduce staff.

Media consumption habits change constantly, and although Facebook is now under duress,  social media is here to stay. News outlets need to diversify their income, generate e-commerce and partner with other organizations. But even so, the future of newsrooms seems grim. The exception is media giants like The New York Times and The Washington Post, which are successfully increasing their staff while local outlets keep dying off.

One thought on “What the almost 3,000 journalism job cuts tell us about the media industry”