On Monday, celebrities and businessmen arrived at Steve Jobs Theater at Apple Park in Cupertino, California, ready to find out about the latest Apple innovations. After an embellished introduction about magazine aesthetics and the power of journalism, Tim Cook unveiled his new subscription service, Apple News Plus.

“Like many of you, I love the feeling of being at the newsstand,” he said. “Today we are bringing magazines to Apple News!”

Apple News Plus, which went live in the US and Canada, displays up to 300 magazines for the monthly subscription fee of $9.99. Apple will keep 50% of the revenues, and the rest will be distributed among publishers, depending on readers’ attention. Although the company launched this service as innovative, the app delivers content in the same way magazine publishers have done it for years. The only difference is it’s Apple. 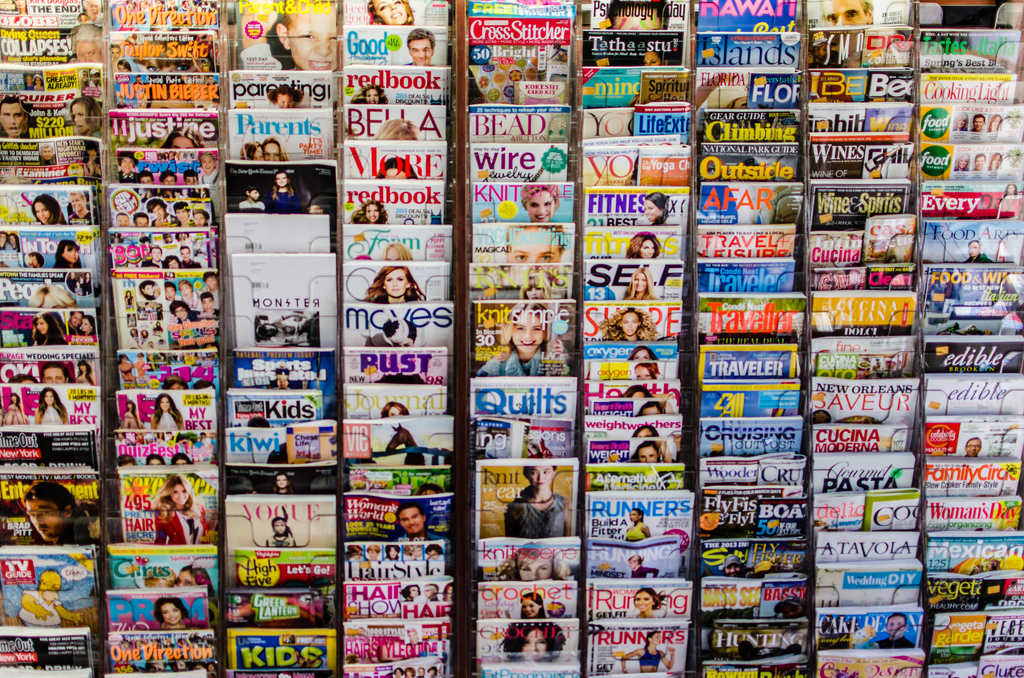 Last year, Apple acquired Texture, a magazine online newsstand created by a consortium of magazine publishers. The app was launched in 2012 with the name Next Issue and was relaunched three years later as Texture. The subscription system was the same as the one Apple News Plus offers. For $9.99 a month, readers had access to 200 magazines. In 2019, Texture has basically been rebranded as Apple News Plus under the Apple brand. The main difference is Apple News Plus wants consumers to read on iPhones, while Texture was meant for iPads.

But besides the brand, little has changed in the magazine publishing industry. As magazines have done it for years, Apple News Plus (and previously Texture) delivered magazine issues, not magazine content in general. If you subscribe to The New Yorker on the app, the new issue will download immediately so you can read it offline. The Apple News Plus doesn’t need to scroll from one article to the other as in the print edition, but he does not have access to the website-only articles. Still in Apple, magazines want to sell bundled content and, unlike newspapers, they are not ready to unbundle. Apple might have to change this decade-old publishing system to give value for their subscription and realize that magazines and newspapers’ business strategies are different. Articles on the web are by definition unbundled, while on print they are tied together.

However, as Apple targets iPhone users, the service is trying to make the content more smartphone friendly. Content for mobile devices is aesthetically different from that displayed on iPads and desktops. In Texture, magazines were delivered in a similar fashion to their print formats—they looked as PDFs. This obviously does not work for iPhone screens, where it is harder to scroll and easier to stop reading. Some magazines are trying to reformat their articles for the iPhone screen, but not all have done it yet.

Still, Apple News Plus does bring a big innovation: it’s Apple’s. While Texture and individual magazine subscriptions were tailored for fans and highly engaged readers, Apple is for every iPhone owner. And right now, according to Statista, 45.2% of smartphone users in the United States use an iPhone device. What’s more, Apple News already draws in 90 million regular readers, who can easily be converted into Apple News Plus subscribers.

For that reason, and many suspect that for that reason only, publishers have agreed to distribute their content through the app. Although Apple will keep half the revenues and Apple News Plus will disincentivize readers from subscribing to specific news sites, publishers trust the brand. On the one hand, they believe their gains will increase just due to the sheer amount of people that use Apple—millions. On the other, publishers are starting to realize that subscription models are not the holy grail. Readers do not want to subscribe to three different magazines, two news outlets, Amazon Prime, Hulu, Netflix and Spotify. It’s too much money. Apple News Plus might be a way to combat that. However, it could still be detrimental for publishers as the tech company will own consumer data, delivery and distribution. They will just provide the content at a very low fee.

Apple News Plus does not bring anything new to the table in terms of content, delivery or revenue model. But it does have something unique to offer that individual magazines or any other bundled service lack: its market penetration. If any company can pull off a magazine subscription app, that is Apple. The only worry magazine publishers may have is whether they’ll lose subscribers to the all-encompassing Apple News Plus subscription. For now, it seems that they’d rather have access to the iPhone market than worry about marginal losses.

13 thoughts on “Magazines can benefit from Apple’s brand”